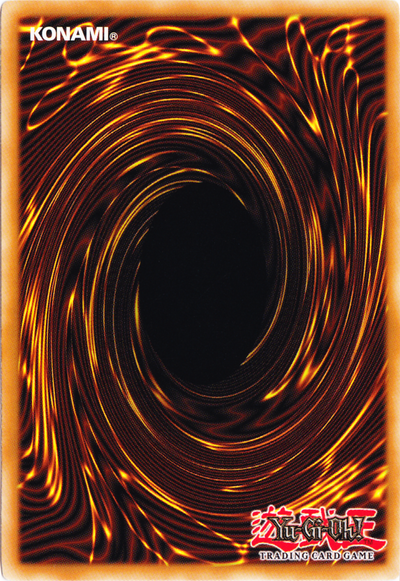 This card appears in the artworks of Release Restraint Wave, Scarlet Security, Forced Activation and Heraldry Burst. These swords appear in the artwork of Swordsman of Revealing Light, and possibly in the artwork of Silent Swordsman LV3. The three swords on the artwork represent the turns that this card can be active for. Despite, for all intents and purposes, the card behaving like a Continuous Spell Card, it is instead a Normal Spell Card. This is because the card designers initially thought that because this card self-destructs on its own without being destroyed by other cards after only 3 turns that it wasn’t a true Continuous Spell. This reasoning was abandoned with “Swords of Concealing Light”, which remains on the field for 1 less turn but is appropriately labeled a Continuous Spell. This card was originally Semi-Limited on the May 2002 Lists, but became Limited on the September 2003 Lists. It remained in Limited for sixteen formats (exactly eight years) before it was Semi-Limited again on the September 2011 Lists. This makes it the card to have spent the longest time on the Limited list before leaving.

When "Swords of Revealing Light" destroys itself, it will be removed from play by "Winged Kuriboh LV9".

If "Rivalry of Warlords" is active and you only control Warrior-Type monsters, then when a Spellcaster-Type monster is flipped by battle or by an effect like "Swords of Revealing Light", the flipped monster is sent to the Graveyard.

This card remains on the field and is active until the end of your opponent's third turn. This card must be on the field for its effect to be active.

If this card is destroyed or removed from the field by the effect of another card, such as "Heavy Storm" or "Giant Trunade", the opponent may then attack.

If multiple Flip Effect monsters are flipped face-up by the effect of "Swords of Revealing Light" the effects are activated simultaneously and follow the rules for simultaneous effects.

If "Imperial Order" is active on the field you can still activate "Swords of Revealing Light" and it will maintain its turn count, but it will NOT flip monsters face-up or prevent the opponent from attacking. If "Imperial Order" is destroyed after "Swords of Revealing Light" has been on the field for two of your opponent’s turns, it will only prevent your opponent from attacking for one turn and then be destroyed.

Serial Spell: If you chain "Serial Spell" to "Swords of Revealing Light" it will copy the effect of flipping all monsters face-up, but it will not remain on the field and prevent the opponent from attacking. This is because it is a Quick-Play Spell Card and is sent to the Graveyard after the chain resolves.