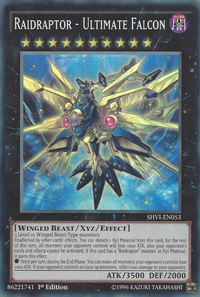 The Spanish lore of this card has a small typo, as it says otras carta instead of otras cartas. Despite this card's name and powerful effects, Shay Obsidian lost both times he used this card in the Yu-Gi-Oh! ARC-V anime. Coincidentally, both losses were to alternate universe versions of characters from previous series.